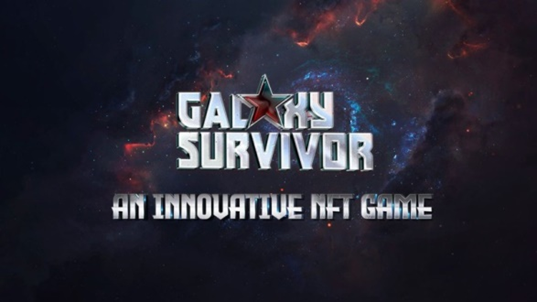 Integrating a unique theme bordering galaxies and warships, all Galaxy Survivor NFTs are designed by strong in-house team from sketch to finish. The team’s decision to undertake this task aligns with Galaxy Survivor’s greater goal to showcase creativity and enthusiasm.

Galaxy Survivor integrates a divergent NFT system. There are 78 unique models of warships and over 300 models of wargears and gems. These idiosyncratic ranges of NFTs enable players to equip warships seamlessly.

The NFT Warships are specifically for building the strongest team. This NFT type will have five unique rarity levels; Normal, Rare, Super-rare (SR), Super SR, and Ultra rare. NFT Blueprints will comprise a mysterious box containing a variety of NFT Warships that players can either buy or win by participating in several events. NFT Wargears are tiny parts of warships. Each will have individual stats and skill sets capable of boosting the power of the warships. The Wargear NFT type has three levels of uniqueness – Iron, Silver, and Gold.

The NFT Legacy Gems, on the other hand, will have a direct attachment to warships. Gamers can utilize Legacy Gems to equip and strengthen their warships, dispelling the need to buy a new Warship NFT.

The distinctive nature of the Galaxy Survivor NFT allows gamers to customize NFT holdings conveniently. By personalizing the Warship NFTs, these tokens will have more real value besides the obvious one – in-game character.

In the Galaxy Survivor Universe, all NFTs such as Warships, Wargears and Legacy Gem will have a fixed-durability stat which will be burn down when being used. Along with that, each NFT also has a maximum number of times to be repaired (Warships, Wargears) or recharged (Legacy Gems). When those resources are used up, NFTs will be converted into “Broken NFTs” which only have collectible value and can no longer be used in the Game, except in NFT Recycle System. The NFT recycling system is where players can combine broken NFTs into a new NFT with a higher rarity and strength than the old NFT. This Gacha mechanism will attract many players to buy broken NFTs to try their luck and the marketplace will become more vibrant and create liquidity for broken NFTs.

Galaxy Survivor aims to build a thrilling gaming universe where players can enjoy genuinely satisfying gameplay in a balanced game economy. To improve the game quality and the experience of gamers, the team constantly releases new versions and attracts thousands of registered accounts. Players can play the game HERE. That’s not all: Galaxy Survivor has launched strategic marketing campaigns that will keep gamers engaged with the project as well as share more about their diverse NFT system and innovative methods that make them one of the leading projects for the new generation of blockchain games.

To fully experience the features and the well-designed NFT items, Galaxy Survivor will soon announce INO rounds in which the community can purchase their favorite NFTs for a strong formation when taking part in the battles. If users want to sign up for early participation, go to Galaxy Survivor Marketplace and purchase Ticket Sale to reserve whitelist slots and get discounts for the INO rounds with many other rewards: Special NFT items valued $2000, various kinds of NFT and in-game items, Oculus VR Headset, stable coins, and so on.

The article is provided by a third-party content provider. SEAPRWire ( https://www.seaprwire.com/ ) makes no warranties or representations in connection therewith. Any questions, please contact cs/at/SEAPRWire.com

2022-07-03
Previous Post: DeBelle Celebrates Womanhood With Their Latest Collection
Next Post: Delisoft, a proud industry leader in its work to empower the LGBTQIA+ community